It is a program written in C language which automated the process of updating a system. Instead of executing multiple commands to update the system, use this program to run all those commands in serial. If the operating system is ubuntu, the commands are automatically configured otherwise user is prompted to enter them during the installation. This program works perfectly on UBUNTU 16.04 LTS.

Whom it is for?

This program is intended for the users who wants semi automate the task of updating their system.

How to use this program?

Step 1: Clone this repository and extract. After cloning, you'll have these three files in the directory: install.sh, uninstall.sh, LICENSE.txt and README.md and a src directory which contain file main.sh.

Step 2: Open a terminal and navigate to the directory.

Step 4: Once successfully installed, use command "update" (without quotes) to update your system.

Step 1: Open a terminal and navigate to the directory. 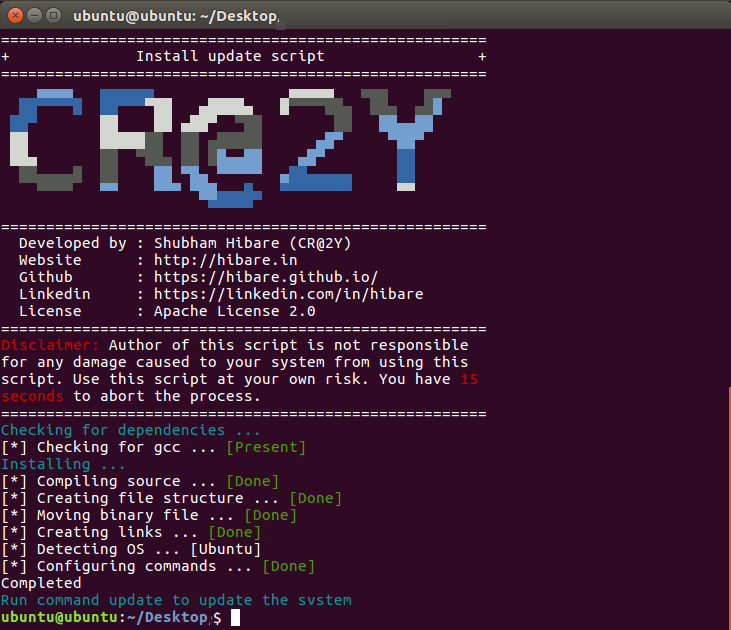 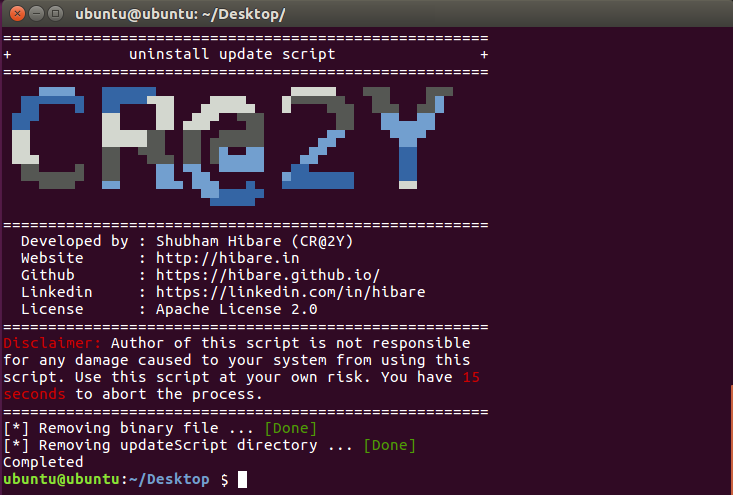 Disclaimer: Author of this script is not responsible for any damage caused to your system from using this script. Use this script at your own risk.

Note: For any errors and queries contact from here- http://hibare.in.

Me talking about myself

An amateur programmer from India, does things just for fun! sometimes breaking things. Holds a bachelor's degree in Information Science and Engineering

Thanks for stopping by!